Stay in the loop with our latest
news and events.

WOODBRIDGE, N.J. — What started as a one-off purchase in Houston, Texas 30 years ago, Bergman Real Estate Group has grown into a 32-employee-strong firm with over 2.25 million square feet and 18 suburban office properties throughout the Garden State. 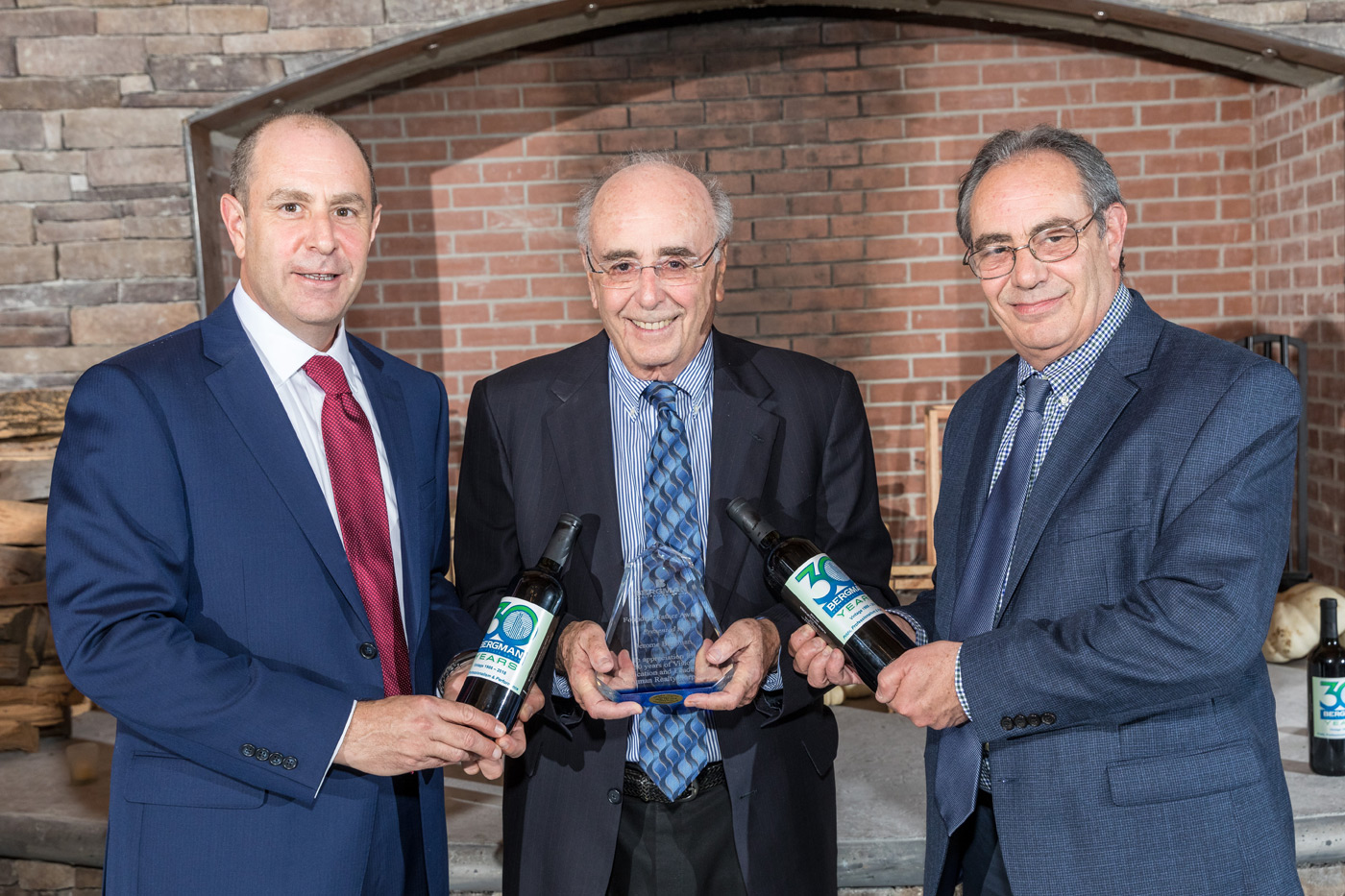 This year marks three decades since Jerome Bergman bought that first property, as he and his sons, Michael and Steven, worked tirelessly to grow the family-owned and managed real estate business into the full-service firm it is today.

“An incredible amount has changed in real estate over the past 30 years,” said Michael Bergman, CEO and president of Bergman Real Estate Group. “We’ve experienced the highs of the late ‘90s through the mid- 2000’s, the lows of the 2008 recession, and the steady growth since, and have come out stronger and more experienced from all of it.”

As one of the founding members of global real estate development firm Tishman Speyer Properties and a 32-year veteran of acquiring and managing property for national real estate firms, Jerry Bergman tapped into his experience to purchase his first garden apartment property in 1988.

“Houston was on the heels of the oil crisis in the late 1980s, and there were many foreclosures throughout the city as a result,” said Bergman. Having been involved with Houston real estate for over 12 years, Jerry saw the opportunities to buy significantly undervalued properties, and with one financial partner, Gerschel & Company, that one deal turned into a plan to invest in properties on a bigger scale which spawned the formation of Bergman Realty Corp.

Bergman and his oldest son, Steven, set up shop initially in a bedroom in their Metuchen, New Jersey family home and began to expand their holdings. Within a short four-year period, they amassed a portfolio comprised of 10 apartment properties with over 3,500 rental units and two office buildings totaling 300,000 SF.

The Bergman’s soon turned their attention to New Jersey. Like in Houston, their entry into the state’s office market in the early 1990s also began with a single property. The new firm found an incomplete office condominium project in North Brunswick, a shell of a building on the verge of foreclosure. Bergman purchased and developed the 25,000-square-foot property, sold off most of the condos and opened up its first official offices.

As Bergman Real Estate continued to expand, youngest son, Michael joined the family business in 1991 to help run the firms third party asset management services where Bergman was providing advisory and workout services to several banks to assist in repositioning and disposing of troubled office properties throughout New Jersey.

In 1994, Bergman liquidated its Houston holdings and made the decision to focus on the acquisition of undervalued New Jersey office buildings, primarily due to the high vacancies that created significant value-added opportunities. “While working for the banks and growing our management and leasing services, we developed a strong knowledge of New Jersey’s extensive office submarkets and good relationships with the brokerage community,” explains Jerry Bergman. “The transition from buying in Houston to New Jersey was a natural extension of our firm’s growth, not to mention we all lived and worked in NJ.”

Bergman’s first acquisition was a 4-strory, 85,000 SF office building in Woodbridge at 555 U.S. Highway 1 South where the firm is still headquartered today, shortly followed by the purchase of a 65,000 SF building in MetroPark. “These two back-to-back acquisitions put us on the map in New Jersey as a credible buyer” recalls Michael Bergman. “The brokers quickly took note that Bergman Real Estate Group was a new investor on the scene actively looking for value-add office buildings.”

One by one, the properties came trickling in: most with high vacancies and in need of capital improvements, and others were the result of lender foreclosures. According to Bergman, the firm repositioned these assets right away by making marked improvements to the buildings and finding new tenants to stabilize occupancies. Each transaction was structured with creative acquisition financing and with well capitalized joint venture partners.

“Between 1996 and 2008 was the perfect storm for the office market,” Michael Bergman said. “Both private and institutional investors found New Jersey as an attractive office market as occupancies, rental rates and property values kept going up. Things were going strong until the 2008 recession hit.”

Although that recession hit the New Jersey office market hard, the firm navigated the challenges without letting go of their longtime staff, a feat as other real estate firms downsized or closed altogether. “We worked through all the issues successfully, even though it was a tough time for the entire real estate industry, recollects” Jerry Bergman.

To date, the firm has successfully bought and sold commercial properties with a combined market value in excess of $550 million. The firm has created several key strategic partnerships as well as establishing strong relationships with local lenders, mortgage brokers, investment sales and leasing brokers and professional service providers.

From its very first acquisition in Houston to the present, Bergman adheres to a disciplined core investment philosophy focused on conservative underwriting, conducting thorough due diligence; and aggressively implementing specific leasing and management strategies. “We have a unique approach in that we involve our investor partners and lenders early on in the process,” Jerry Bergman said. “This assures a smooth, quick transaction later down the line.”

“The changing dynamic of office space over the last 10 years is putting pressure on the suburban office space – people want to be in the urban environment, be close to mass transit and near restaurants within walking distance to their office,” explains Michael Bergman. “Not everyone wants to be in the city – it’s congested, it’s expensive, and you can’t park – but as millennials begin to settle down and move out into the suburbs, there’s a big audience of employees who would rather work nearby than take a train into New York City.”

This ongoing trend combined with the ever-shrinking size of corporate offices and an increase in demand for amenities and services such as gyms, lounges, food services and much more, will lead to significant growth in the suburban office market. Bergman Real Estate Group is well positioned for these changes as the firm launched its amenities program in 2014, building cutting-edge perks such as coworking offices, fitness centers with yoga studios, bike-sharing programs and high-tech conference centers into its office properties to remain competitive for tenants. “For us, the reward is to create that value and lifestyle enhancements of a property that the modern workforce demands,” Michael Bergman said.

Over the course of 30 years, the Bergman family’s in-depth real estate management experience, clear market strategy, and strong partnerships have defined their success, and will continue to enforce their strong lead in the years to come. “We are entrepreneurial in our way of thinking, and that’s been key to our success,” emphasized Michael Bergman. We are looking forward to the opportunities that lie ahead and continuing to grow our company for the next 30 years.”